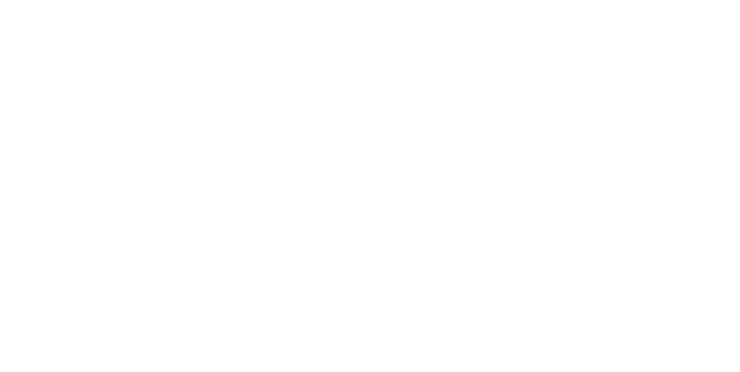 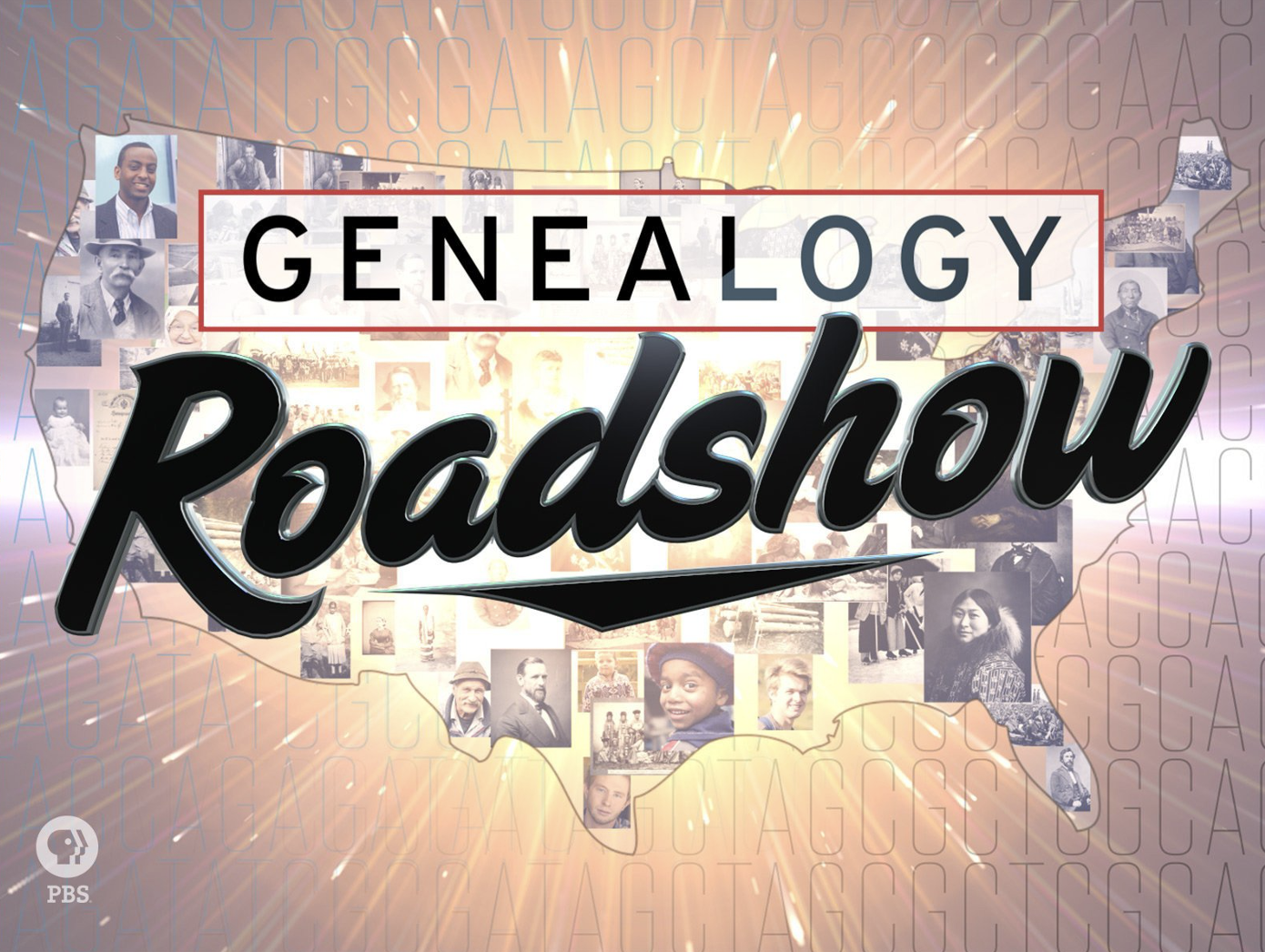 Big Mountain Productions in the Republic of Ireland specializes in factual/entertainment programs about the history of the nation. Both company directors are historians, the company created a series, Genealogy Roadshow that traced their own relatives, as well as the relatives of show guests. This show theme is popular in Ireland because of the country’s historic migrations – two million Irish left the country in the largest single population movement of the 19th century.

Genealogy Roadshow aired for two seasons on RTE One in Dublin and had come to the end of the run. Company Directors Philip McGovern and Jane Kelly urgently wanted to create new streams of revenue for their company including finding new markets for their show format.

Big Mountain Productions approached Pat Quinn/QMM with the question: Could a show created for a regional audience in Ireland (population: 5 million) be adapted for an exponentially larger audience in America (population: 333 million)? What would be involved in creating wider interest, and who could they approach to sell the format?

Based on collaborative discussions and analysis of the American marketplace, QMM defined key strategies and tactics to present Genealogy Roadshow in the U.S. market. The prospect list included producers with success in adapting formats. American Idol, The Voice, and Master Chef are examples of shows based on formats that were first hits in other countries and were then imported and adapted for the American audience.

Pat Quinn/QMM created a strategy that would adapt the show for the U.S. while preserving its niche market appeal. The first order of business was to find an experienced American producer who was committed to honoring the show format and focus. QMM organized several weeks of producer meetings with US targets including Stuart Krasnow who had just produced the TV series Searching For… in which a specialist helped guests find lost loved ones.

Krasnow agreed to team with QMM client, Big Mountain Productions to restructure the show for the U.S., adding American stories, cities, and a diverse cast. During the pitch meetings, the joint producing team of Big Mountain Productions and Stuart Krasnow described Americans searching for their descendants and family history.  For Americans descended from enslaved Africans, their ancestry is most often a mystery due to lack of government documentation. Lineage dates back to 1870, the year the U.S. census began recording African Americans. The show’s team of genealogists successfully tapped into slaveowner tax records, estate records, slave schedules, and Wills to piece together the heritage of Genealogy Roadshow families. 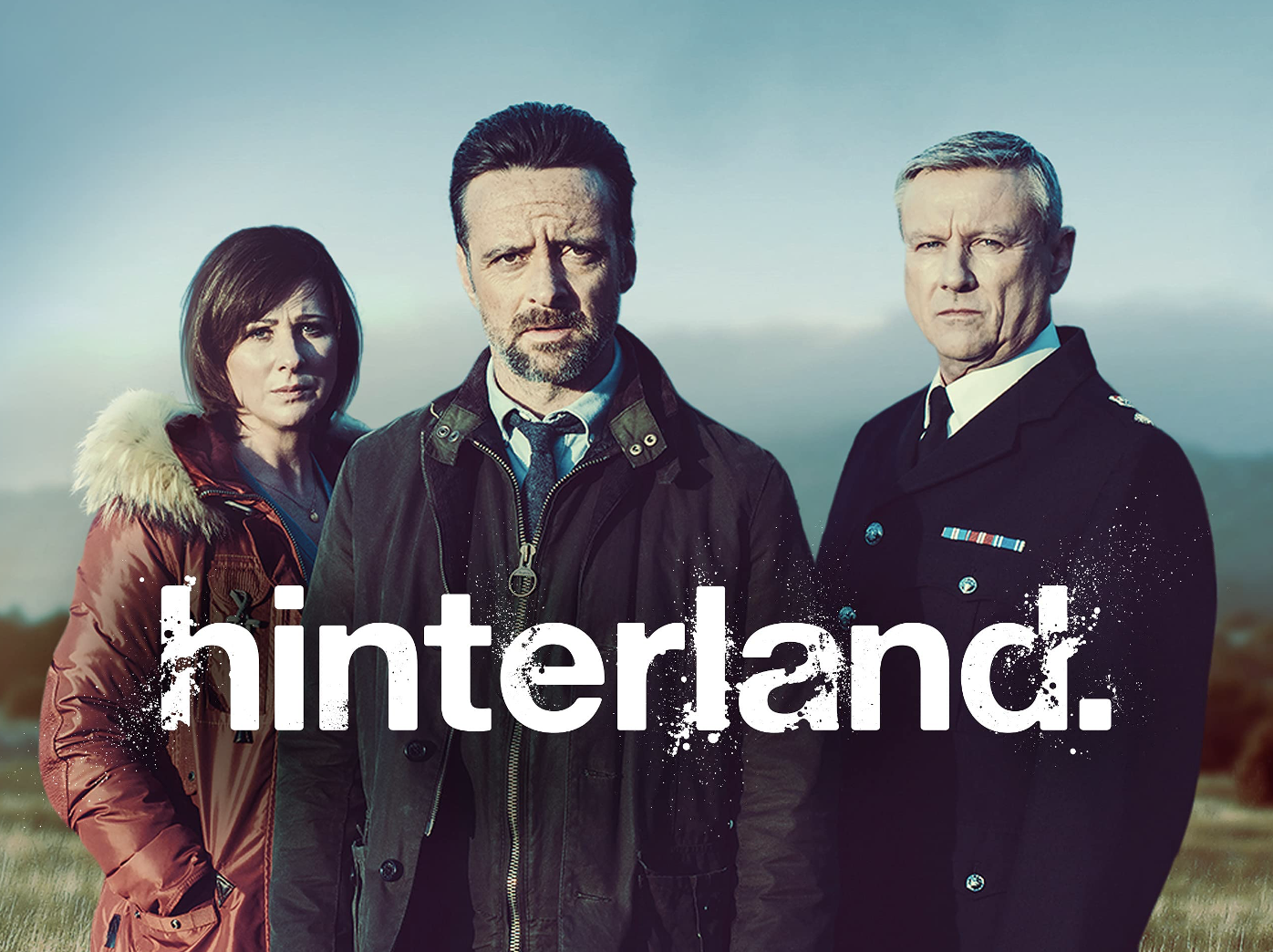 Breaking Into The U.S. Market – Securing Opportunities for Welsh/British Content

Having attended international TV and media content markets like MIPCOM, Fiction Factory and Severn Screen sought to host a bespoke series of masterclasses and workshops focused on television drama series, to be conducted in Cardiff, Wales. This was a key factor, so that Wales-based producers and graduates could meet, network and work directly with talent from the international TV industry.

QMM and team developed a customized curriculum of focused sessions based around TV dramas and the international marketplace for drama format programs. Once the four-day course content was agreed upon, QMM recruited guest speakers and experts, and teamed with Fiction Factory/Severn Screen and Freewheeling Films to secure funds to cover all costs from the Wales’ government Creative Skillset’s Skills and Investment Fund.

As a result of the workshop, Fiction Factory and Severn Screen created a U.S. pitch for their BBC and S4C drama series, Hinterland. QMM curated 9 Hollywood meetings for the Hinterland creators, which resulted in fielded offers from A-tier American producers. Several other attendees also subsequently made output deals with American distributors. 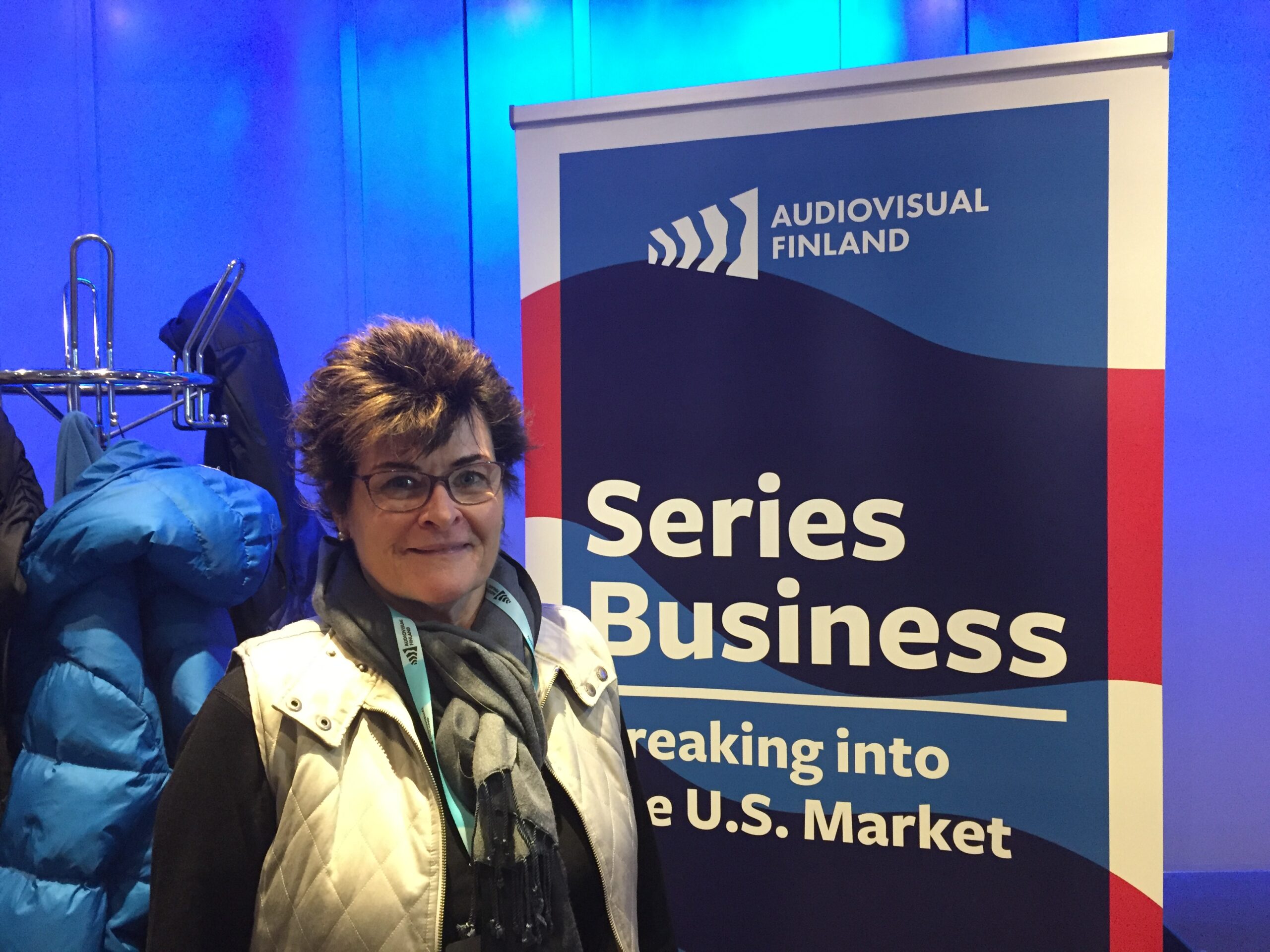 Audiovisual Finland, an association of Finnish content producers in the film and television industry, desired to increase opportunities for its TV industry, producers and suppliers in overseas markets.

Based upon the growing popularity of the “Nordic Noir” genre of programs such as The Killing and The Bridge that had found popularity in the US market, resourceful broadcast executives spotted a trend they could take advantage of.

Pat Quinn/QMM had previously organized a Hollywood-based fact-finding mission for her Norwegian client TV2. One of the participants, an executive from MTV3, subsequently sought to organize a media and television conference in Helsinki for Finland and Finnish TV producers.

Several of participating Finnish companies utilized the materials they learned and were able to secure output deals with international distributors. 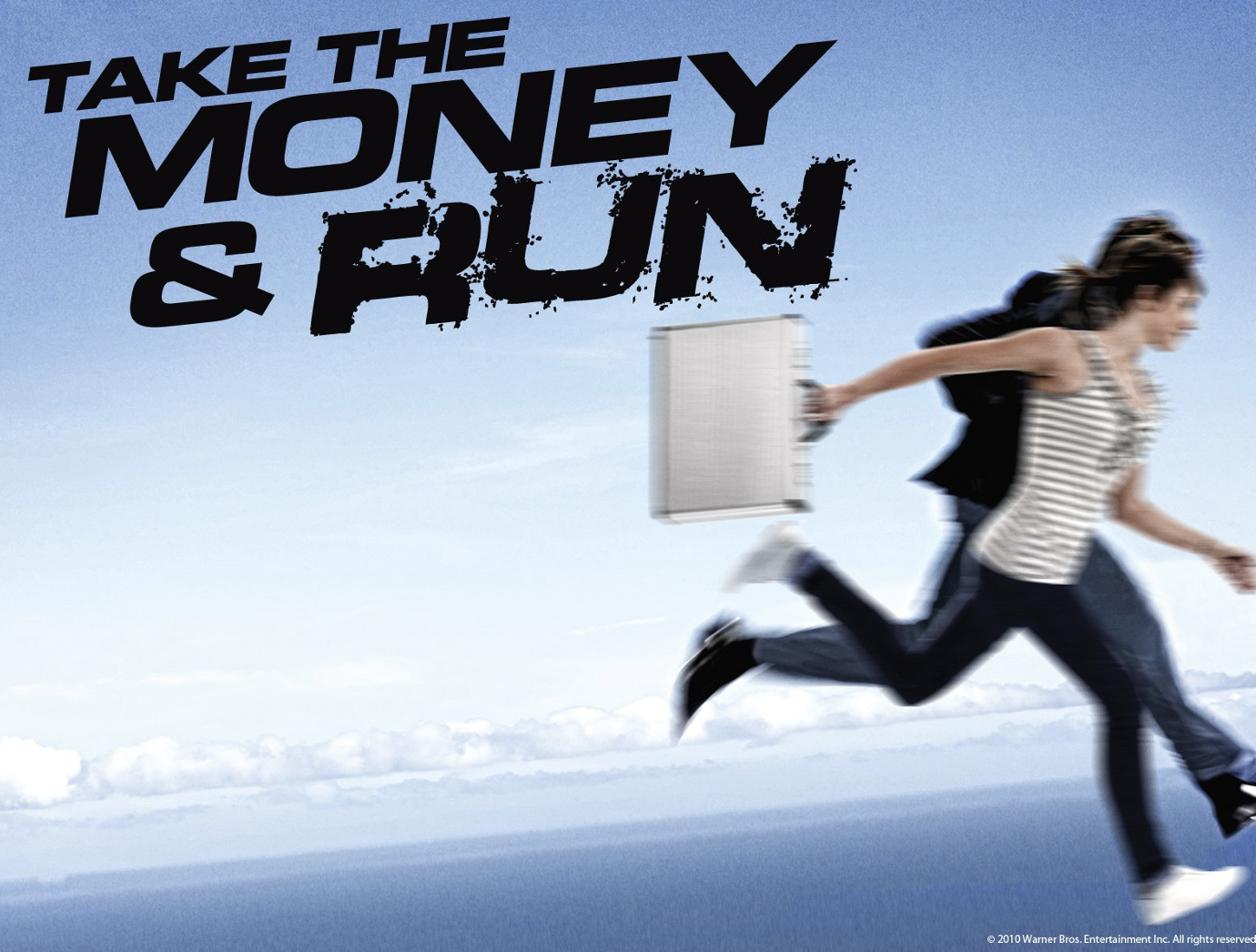 The mission: Use foreign TV show pilot as a tool to sell a show format in the US market.

Wild Rover Productions is a leading television programming production entity in Belfast, Northern Ireland. Wild Rover’s Managing Director Phil Morrow shot a spec pilot/first episode of his show, Take The Money and Run, an adventure reality game show for the BBC. Morrow hoped that the BBC would order a full season of six episodes, but the network ultimately declined to pursue the series.  Further complicating the situation, most Irish and UK-based broadcasters are not willing to pursue production on an unsuccessful “busted pilot” program.

Morrow was convinced there was a future for Take the Money and Run and wanted to recoup his investment and costs, as well as sell an entire season to a foreign broadcaster.

During TRC in Glasgow, Morrow met QMM’s Managing Director Pat Quinn where they had an exploratory conversation about potential opportunities.  Was there a way to create revenue and visibility for Take the Money and Run in the U.S.?  Could Morrow parlay the U.K. pilot into a full-blown series sale?

At the time, U.S. prime time television programs were typically produced for one of the six major broadcast networks. The media conglomerates had their own studios and preferred suppliers.

Take the Money and Run was produced by Emmy award winning Executive Producers Bertram van Munster and Jerry Bruckheimer with Warner Bros. Television. ABC Television ordered a pilot and a summer season’s worth of episodes. The finished show was screened during MIPCOM which then resulted in the format being picked up and adapted by broadcasters throughout Europe.